Our website is built for modern, secure browsers.
Please use a modern browser to view the site. 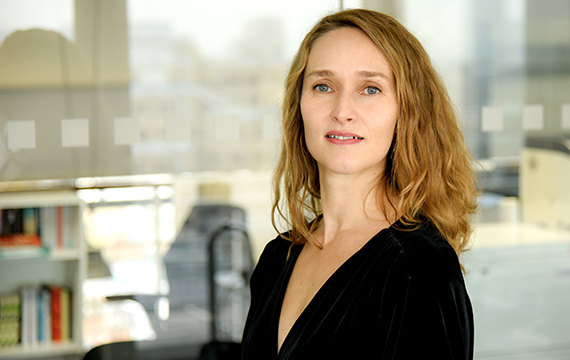 A key strength of All3Media is to embrace the unique identity, bespoke creative output and diversity of the Group while helping to empower creative talent to reach their potential.

All3Media supports and invests in the very best global talent to bring a wealth of passion, experience, expertise and new ideas to our partners and our programming. Our commitment to empowering talent has helped shape us into the market-leading media group that we are today, producing and distributing high quality, award-winning shows and formats to audiences around the world.

Anouk Berendsen leads the All3Media Talent Team, which supports production companies and labels across the Group with introductions to talent in scripted and non-scripted:

“The very best creative talent sits at heart of brilliant shows and is therefore at the heart of our business. We are intertwined with the television freelance community and we strive to connect with as many established creatives as possible whilst also nurturing up-and-coming, and at times marginalised, talent so that we are constantly building on and expanding beyond our existing talent pool. We aim to shift the status quo by identifying and elevating underrepresented talent and work in a Group that is committed to creating the right environment to make that happen. As a team we champion underrepresented groups and action authentic change as we seek to establish a more level-playing field across the industry as a whole.

“We believe that being approachable, open to suggestion, collaborative, and present means that we can work to help counterbalance inequalities in the media. We actively seek to find the less obvious voices, with a view to incorporating them into mainstream choices, to create content that is fully representative and richer. We believe that this richness adds not only to creative brilliance but also commercial success – the two are inseparable. We need these different voices to create original and inspiring content that resonates with audiences across cultures and the world.”

“We are immensely proud of our collaborations. They allow us to effectively network and reach beyond our own talent pools and to work with representatives in television who are on the same quest to improve equality. The Talent Team, alongside Sara Geater (COO), Hannah Griffiths (Head of Literary Acquisitions) and Clare Welch (Group Head of Resourcing) work closely on all group initiatives including the PACT Indie Diversity Training Scheme, The Grierson DocLab, The National Film and Television School, Edinburgh Festival’s TV Foundation and The Royal Television Society Bursary Scheme.

“We helped launch, and continue to support and sponsor, the New Script Award category at the New Voice Awards, hosted by the Edinburgh TV Festival’s TV Foundation, which identifies and celebrates entry-level writing talent. We have worked with and supported the Royal Television Society’s Bursary Scheme from its conception, it allows us to support and nurture young talented scholars as they move through their media university degrees and finally graduate into the industry. We aim to provide graduates with the solid foundations, advice and encouragement they need to establish themselves in the industry and take pleasure watching them as they thrive in their careers.

We are working with DandI, the diversity and inclusion support service for the entertainment industry, to make crews and teams in television more inclusive. We acknowledge that this ambition must be a joint responsibility and cannot be achieved by one team, one executive producer or one commissioner alone. These alliances feel meaningful and not just symbolic; instead of talking about inclusion and fairer representation we are actively seeking to be more inclusive.”

All3Media is committed to supporting and investing in the television community and is working to help create a more inclusive and fully representative industry and workplace.